The estate of a man shot at more than 130 times by Orange County deputy sheriffs has settled a federal lawsuit with Sheriff Jerry Demings and the deputies involved.

Torey Breedlove's sister, Tiffanye Breedlove, sued on behalf of his estate and his four children.

Natalie Jackson, an attorney for the estate, said the children's mothers decided the settlement was in their kids' best interest.

"Our goal was to make sure the children were taken care of, and we're confident they are with the settlement," she said.

The settlement amount was not listed in court records, and Jackson would not reveal it. A sheriff's spokesman said he did not have it late Tuesday.

The suit accused 10 deputies of excessive force and Demings of "deliberate indifference" for having policies that allowed the shooting to occur. It also accused Demings of inadequate hiring, training and supervision.

Demings and the deputies admitted no wrongdoing in the settlement.

"Any loss of life during police encounters is unfortunate and traumatic to all the parties involved," the Sheriff's Office said in a statement Tuesday night.

Breedlove, 27, was hit by gunfire more than 20 times on Jan. 5, 2010 as he sat in his sport utility vehicle at an apartment complex in Pine Hills. Deputies said he rammed their cars while trying to get away.

They suspected him of stealing a pickup to use during a crime spree.

A Florida Department of Law Enforcement investigation and a grand jury cleared the deputies who fired, and a Sheriff's Office internal investigation found they violated no major policies.

The judge in the civil case, however, likened the shooting to an "execution" rather than an attempted arrest.

"A reasonable jury could conclude that Officers used excessive force under these circumstances," U.S. District Judge Gregory A. Presnell wrote.

Jackson said she thought the judge's words influenced Demings and the deputies to settle. 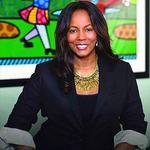